CCH Alumni do some pretty amazing things, personally and professionally.

We profiled the "pathways" taken by several alumni in the My Path to Success booklet (2016; attached below). Their stories exemplify how Impact, Service, Faith, Spirit, Honor, Innovation and Excellence pave the path of students at Covington Catholic. 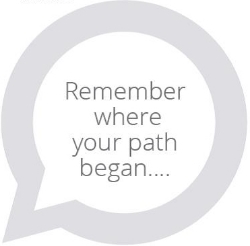 Logan Boyle is studying neuroscience the University of Notre Dame and hopes to later pursue medicine or law. He was a recipient of the Williams Fund College Scholarship, established in memory of brothers Kenny and Brian Williams, both CCH alums. Read more about Logan in PATHWAYS. 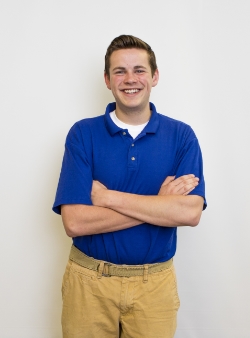 Michael Pikar is majoring in electronic media / broadcasting and theatre at NKU. He played Prospero in CCH's production of The Tempest. 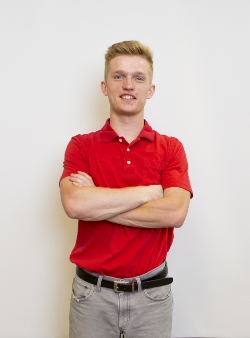 Josh Hildreth is pursuing biomechanical engineering on a full scholarship to the University of Louisville Speed School of Engineering. He hopes to "change people's lives" by creating prosthetics for people who are missing limbs. 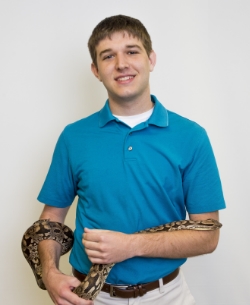 Sam Hacker is studying biotechnology on a full 4-year scholarship at the University of Kentucky. He completed over 800 service hours while at CovCath, many of them for the Cincinnati Zoo. Coire Ayres was accepted to the University of Louisville Guaranteed Admission to Medical School Program, putting him one step closer to his dream of becoming an orthopedic surgeon. Coire received the first Dr. Jerome & Marianne Schutzman Scholarship of $1,000 in recognition of his pro-life activities. 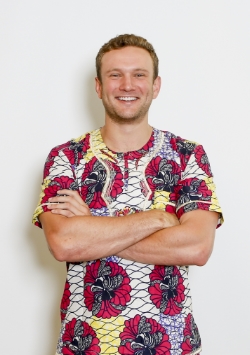 Grant Guess, a 2016 UCLA graduate in Global Studies, founded Project Kpalimé at an envol (school for children with special needs) in West Africa. He helped with funding and leadership to create a sustainable farm for the school, providing a source of income as well as skill development and empowerment for the envol's 5o students. Grant and kids at the Kpalime envol 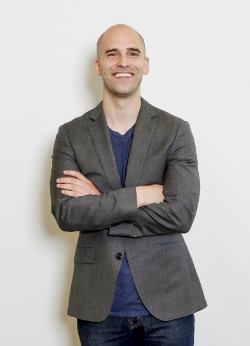 Alex Frommeyer (2006) was named to Forbes' "30 Under 30" list and as the youngest "Emerging Entrepreneur" inductee-to-date in the KY Entrepreneur Hall of Fame. After obtaining a Masters in Engineering from the UL Speed School, he founded Beam Dental with the vision to change the dental industry "from the ground up". 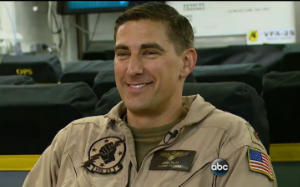 John Hiltz (1998), Lt. Commander and Aviator in the U.S. Navy, is profiled in this ABC news story about the U.S. fight against ISIS.

JOHN HILTZ IN THE U.S. FIGHT AGAINST isis

LCDR Hiltz and 9 other U.S. Navy "Fist of the Fleet" squadron pilots stopped in Northern KY, with a very warm and appreciative welcome from family and friends upon their return to the U.S. Welcome Home! 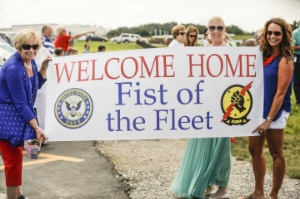 As a Lieutenant Colonel in the U.S. Army Special Forces (a “Green Beret”), Scott White is trained to be mission driven in everything he does. Adversity, he says, is “just a step on the journey” to the goal.

He was singularly compelled to become a Green Beret after seeing the John Wayne movie as a kid. Once on that path, he never wavered, and never pursued an alternate course of action. He attended The Citadel post CovCath, the only college to which he applied. Those who succeeded in the Special Forces training, he said, had to have mental fortitude to overcome the intense physical challenges. In active duty during several deployments to Afghanistan, Iraq, and Kosovo, he said he did what he had to do to fulfill the mission and to protect the soldier on his left, and the one on his right.

This toughness was never more challenged than when he was in Afghanistan, hunting the Taliban with Afghan soldiers, and received a call that his daughter, Grace, had been diagnosed with DIPG pediatric brain cancer. After an urgent trip home facilitated by Afghan pilots on Russian helicopters, he led his family in Grace’s fight with a similar warrior mentality. With God, Family and Country as their declared priorities, and with a belief that asking “Why?” is “a recipe for bitterness,” the White family made it their mission to courageously and joyfully live every experience together as long as Grace was able.

He sees today that the CovCath brotherhood is forged through that same mission focus – a sense of common purpose, where brothers help each other through adversity and toward success, as “iron sharpens iron.”

A PATH OF FORTITUDE. 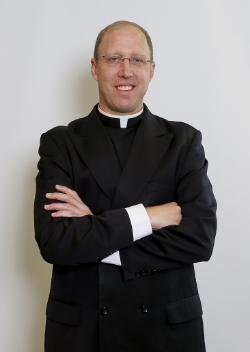 Fr. Matthew Summe was ordained in Rome at age 34, after 14 1/2 years of training, study and work on three continents, utilizing four languages. He credits many experiences from CovCath for developing the skills and values he has utilized in his vocation. Some lessons, he said, "weren't always from my triumphs." 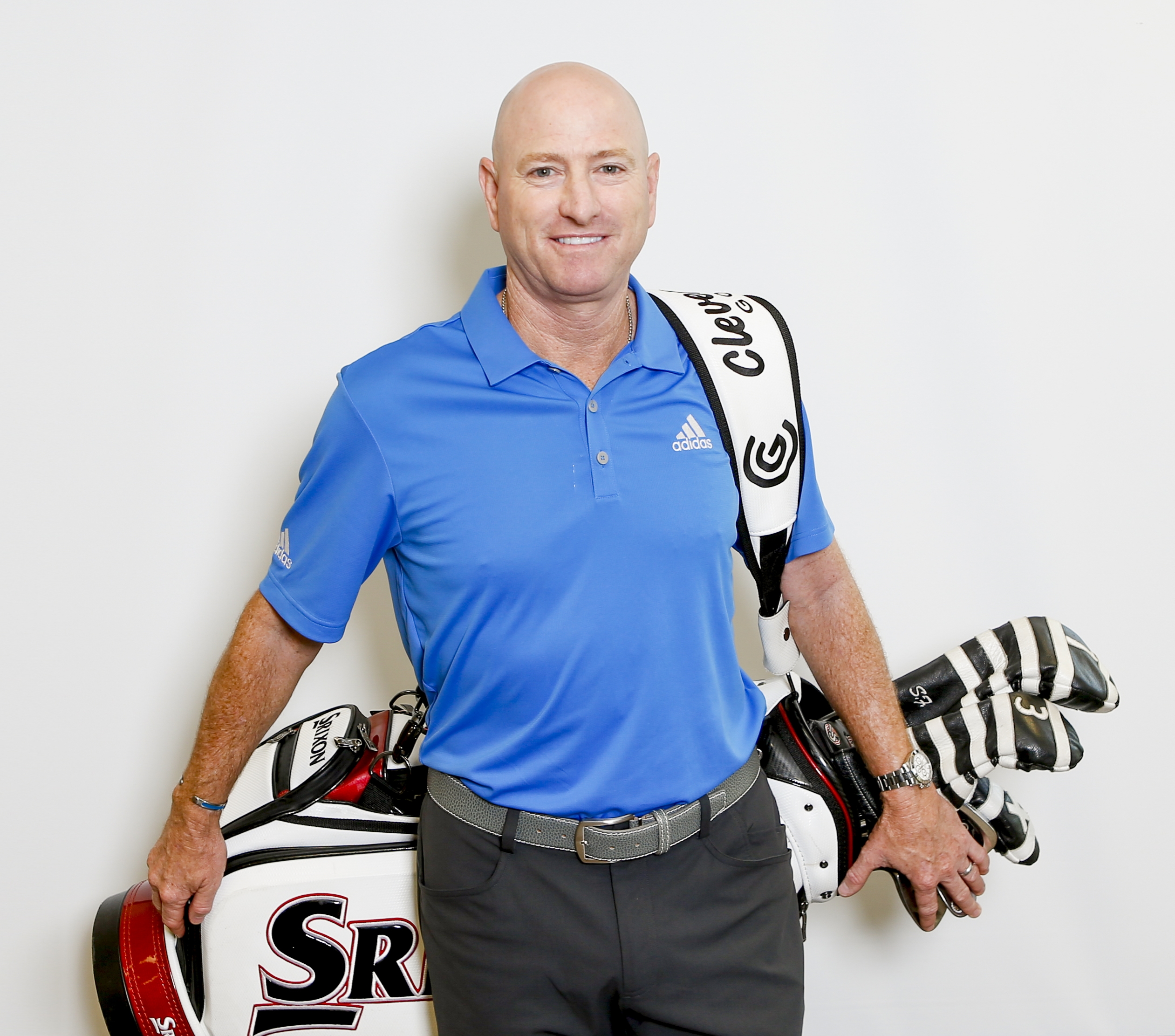 It takes a determined and competitive guy like Steve Flesch (1985) to achieve four wins, sixty-three Top 10, and one hundred twenty-nine Top 25 finishes on the PGA Tour. After success as a Fox golf analyst, his sights are not set on joining the Champions Tour. It's a marathon, not a sprint. 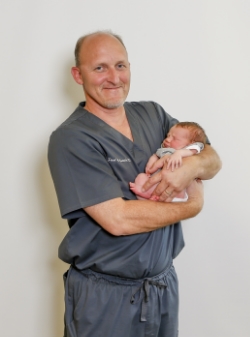 Rough estimates would say that Dr. Paul Jacobs (1985) has delivered over 2,400 babies in his twenty plus years of practice as an OB/GYN physician (including baby Julia McCoy in this photo, the daughter of CCH Teacher and Alumnus Joshua McCoy). With five children of his own, including Colonels Mitchell (2012), Nick (2016) and Ben (2019), Paul credits CovCath with developing a holistic perspective in its students. His three oldest kids are also pursuing careers in health care. 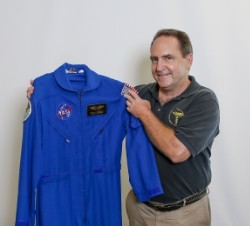 Pat McGinnis (1980) achieved his goal of serving the space program, as a Flight Surgeon for NASA. He was the Crew Surgeon for four space missions. In addition to being an MD, Pat has earned an MS in Aerospace Medicine and an MBA. Besides NASA, he has served in the U.S. Senate as a Congressional Fellow, been an Adjunct Professor at UT, completed multiple terms on the City Council of Friendswood, TX, and serves int he USAF Reserves. Astronauts from the International Space Station Mission, which Pat supported as Crew Surgeon. 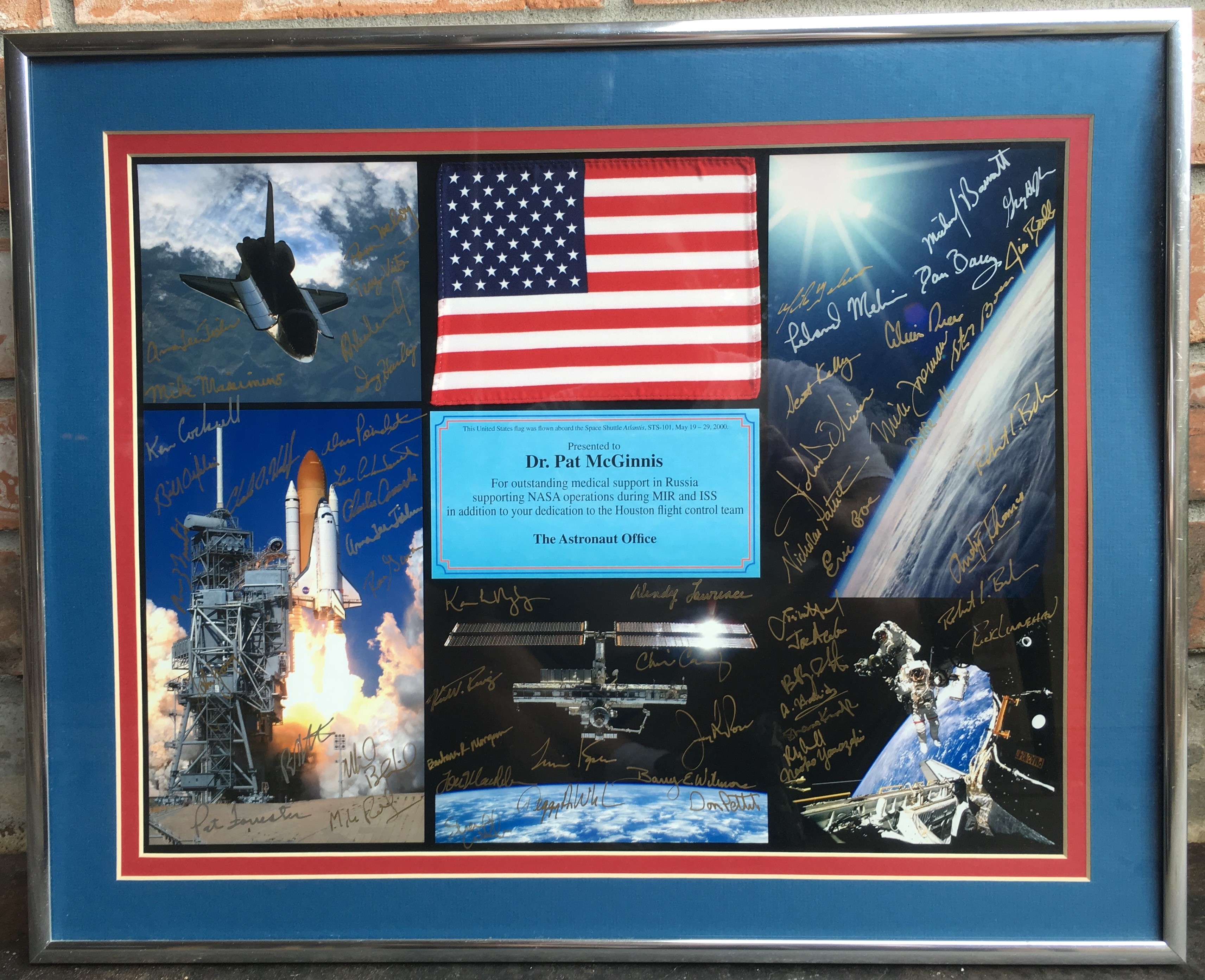 This print was given to Pat from NASA in appreciation of his service on the MIR and ISS missons. 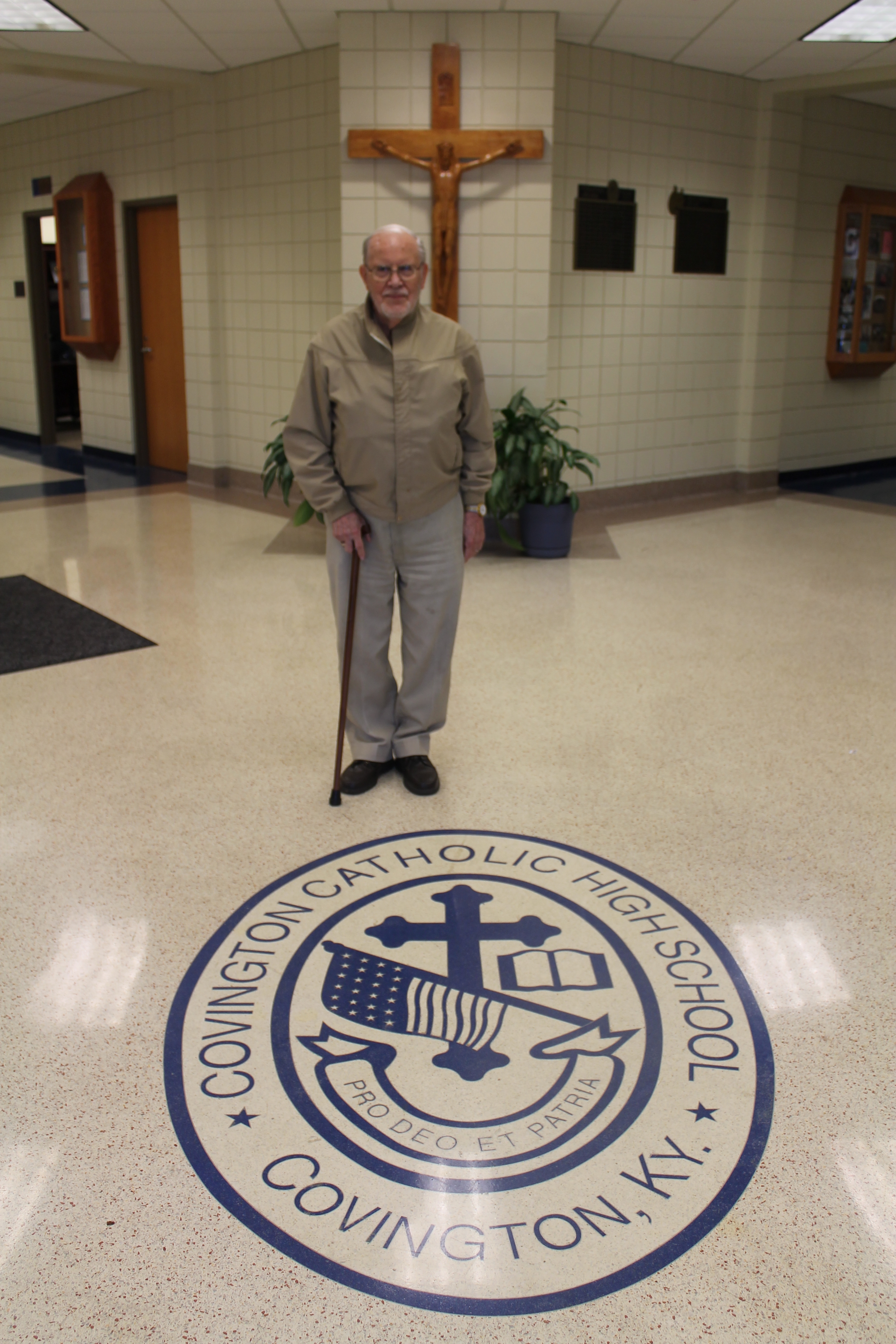 Mr. Robert (Bob) Huesman (1939) made a surprise visit to CCH on the occasion of his 95th birthday in mid-December. His second surprise was that, as a freshman in 1946, he designed the original school seal. He was touched that the seal is still a prominent representation of the school, and that the cross from the seal was utilized in the new “C” logo.

Staff and students of CCH rallied to provide over 8 lbs. worth of handwritten notes for a "mail call" Mr. Huesman received after returning from a WWII Veterans "Honor Flight" trip to Washington, DC on October 1, 2016.

His WWII experience was shared by his daughter as follows:

"Dad enlisted in the air corps as an aviation cadet with the intent of becoming a pilot, but due to an excess of soldiers there, he was transferred to the infantry. He was in the 103rd Infantry Division, 411 Infantry Regiment where he was a Private First Class. He went to boot camp in 1942 and was sent to Marseille, France, then Germany and Alsace-Lorraine. He remembers landing at Lansberg am Lech, the site of the prison where Hitler was imprisoned and wrote Mein Kampf. As you know, Dad has artistic ability, and when times were quiet, he would sketch comrades and surrounding buildings and landscapes. We are lucky that those pencil sketches survived, and we have them today. He also sketched cartoons on the envelopes of letters sent home to his fiancee (my mother) and his family in Kentucky.

We are not sure of the exact dates, but Dad's appendix ruptured on the battlefield and he collapsed. We believe that occurred in late 1943 or 1944. He developed peritonitis and was not expected to live. He was twice taken to military hospitals for fairly extensive surgeries, and returned to battle between those hospital visits. The second time around, he was deemed too weak for service and received an honorable discharge in 1944."

We also feature alumni updates in our periodic magazine publication, the JOURNAL, and/or via social media such as the CovCath Alumni Facebook site.

Also, we often hear of leadership our alumni are taking for various causes of personal commitment for them. Click below to review those efforts.